Discussing a book and the Mana Party 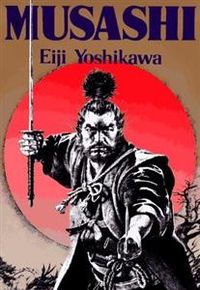 I have just finished rereading a book that I really enjoy - Musashi by Eiji Yoshikawa. I’ve read it a few times now and it’s a good swashbuckling fictional (yet based on historical truth) account of the early life of Miyamoto Musashi. As wikipediasays

The long epic (over 900 pages, abridged, in the English version) comprises seven "books" detailing the exploits of Miyamoto Musashi, beginning just after the battle of Sekigahara, following his journeys and the many people who become important in his life, and leading up to his climactic duel with Sasaki Kojiro on Ganryujima (Ganryu or Funa Island). Musashi becomes famous during the course of the novel as he searches for both perfection in swordsmanship and in consciousness. Innovating Japanese swordsmanship, he invents the style of simultaneously wielding both the katana and the wakizashi, something unheard of at that time in Japanese history.

many of the important events depicted in Yoshikawa Eiji's famous novel Musashi have a basis in reality, to include his battle with the Yoshioka School, his defeat of the noted spearman Inei (chief priest of the Hôzô-in), and his duel in 1612 with Sasaki Kojiro, another famed swordsman.

This type of historical fiction is enjoyable reading and considering what we know about the past is as likely to be close to the truth as not. I spent some time learning the way of the sword in the past and I feel a great affinity for Musashi. I remember seeing a demonstration of cutting from a famed swordsman – it is impossible to describe the power, the mana involved to cut cleanly, with focus, to be in a place of oneness with the act, the action, and the intent.
Musashi was born around 1568 and fought his first duel at age 13. That is a wee while ago and his story has been recounted many times as befits the legend. Would he recognise his own story? Does it matter? The story in the book describes a man looking for his answers and not just with the sword – to perfect himself was to perfect every aspect of life and the arts were as important as anything – painting, poetry, calligraphy, the tea ceremony – these were the expressions of self, as much as the katana. The Japanese revere Musashi and his story is their story now. How does all this fit with us here and now?
How many of our famous stories are unknown to the general population I wonder. How many Māori heroes who worked to perfect themselves and help their people. How many famed warriors who developed their own techniques and pursued perfection. The general public sees very little of this and the little they do get is often interpreted for them by non-Māori. Don’t be under any illusions, the stories and histories are there, but they are kept safe because the environment is dangerous for them. The environment won’t be safe until we have true equality for Māori. When that happens imagine a great industry around telling the stories, film, television, plays, graphic novels, the list is endless and they would be our stories and they would bind us together.
Musashi’s story in the book is wider than just him of course, it covers many aspects of culture and human interactions. It discusses politics, leadership, friendship, honour, whakapapa, forgiveness, and love. It looks at a changing society and the breakdown of traditional values. It speaks to our times as it flows over the past. The Mana Party and Hone have a kaupapa that must be delivered, despite distractions and the disastrous direction this country has decided upon. They must be as steadfast and true to their vision and values as Musashi, and I believe they will be. They must cultivate all aspects of the way, not just the sword. As Musashi often kept his opponents waiting before the clash to unsettle and disturb them, so must Hone and the Mana Party hold the space and make them wait. Let us choose the site and time of the battle not them. Musashi often fought against multiple opponents at the same time and he developed a two sword technique not seen before but very effective. He stated that once you have learnt to win against one then you can win against ten. Mana can win against multiple opponents it just has to develop a two sword technique that cuts through the dross and I believe they can and will do it.
Posted by Marty Mars at 12:35 PM